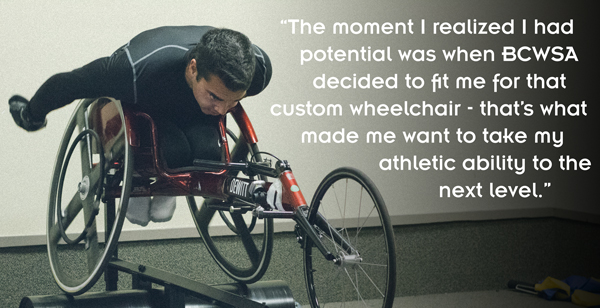 When he was born, we were told that he wouldn’t run, he wouldn’t walk, he wouldn’t do any of it, and now here he is representing Canada at the Paralympic Games.”  - Linda Dewitt, Nathan’s mom

When Linda and Shane Dewitt heard their son’s name announced and saw him wheel out in front of 80,000 people at the London 2012 Paralympic Games, they looked and each other and started to cry. Over the past two years, Nathan had endured nearly two dozen brain surgeries. Now, he was racing against the best in the world.

Nathan Dewitt and his twin brother Brenndon were born over three months premature. Nathan developed spastic cerebral palsy, which made walking difficult. That didn’t stop him from chasing after his brother.

“He was a little slower, but he did everything his brother did,” his mother remembers. “He had that competitive drive right from the get go.”

It wasn’t until he was introduced to wheelchair racing through BC Wheelchair Sports Association, however, that his competitive drive finally had an outlet. Though Nathan began as a recreational athlete, BCWSA saw his potential. Thanks to donors like you, we were able to give Nathan expert coaching and loaned him a proper sports wheelchair. That new wheelchair changed Nathan’s life.

“The moment I realized I had potential was when BCWSA decided to fit me for that custom wheelchair,” Nathan remembers. “That’s what made me want to take my athletic ability to the next level.”

Nathan’s hard work and determination caused him to quickly improve. To become a Paralympian, however, he needed BCWSA’s athletics coach James Hustvedt and the support of our donors. Your donations helped Nathan travel to races, attend clinics and learn from top coaches. 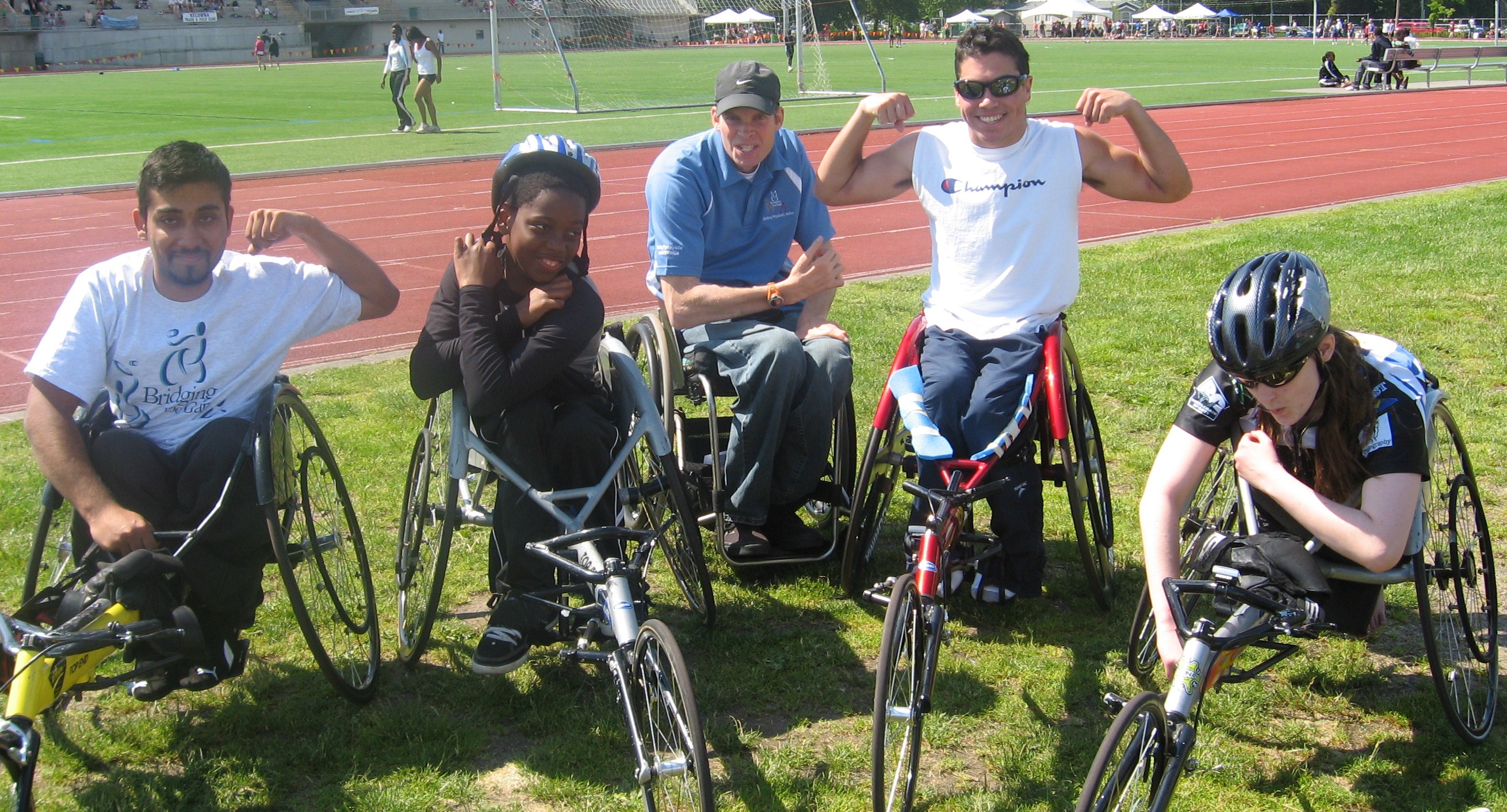 In 2010, Nathan qualified for the World Championships. Then, disaster struck. A tube in his brain became blocked and he required emergency surgery. He was forced to withdraw from the event. Throughout the surgeries that followed, however, Nathan didn’t give up on his dreams.

“After every surgery, I was waiting for the minute that I was allowed to jump back into the wheelchair and work up to the level I’d been at,” Nathan said.

Just months before that Paralympic Games, Nathan’s ability to compete looked doubtful. At a competition in Edmonton, he passed out in the hotel and had to be rushed to the hospital. BCWSA staff members Holly and Gail stayed by his bedside.

“Holly and Gail were our eyes, our ears, our everything,” Linda said. “They did everything they could possibly do to keep him comfortable and I’ll be thankful to them forever for that.”

Nathan’s incredible perseverance paid off. Not only did he compete at the London 2012 Paralympic Games, but he also set a personal best. He made the finals of the 100m race, becoming one of the eight best athletes in the world in his class.

Wheelchair racing has changed Nathan’s life. The once reserved child is now an outgoing young man with a degree in Business Administration from BCIT who gives back to his sport by mentoring young athletes. His biggest fan is six-year-old Thaddeus, who loves to race against his hero.

““Nathan’s really fast and I’m kind of fast too,” said Thaddeus. “Sometimes, when he beats me, I try to trick him. I say, ‘Look over there,’ and then I take off.” 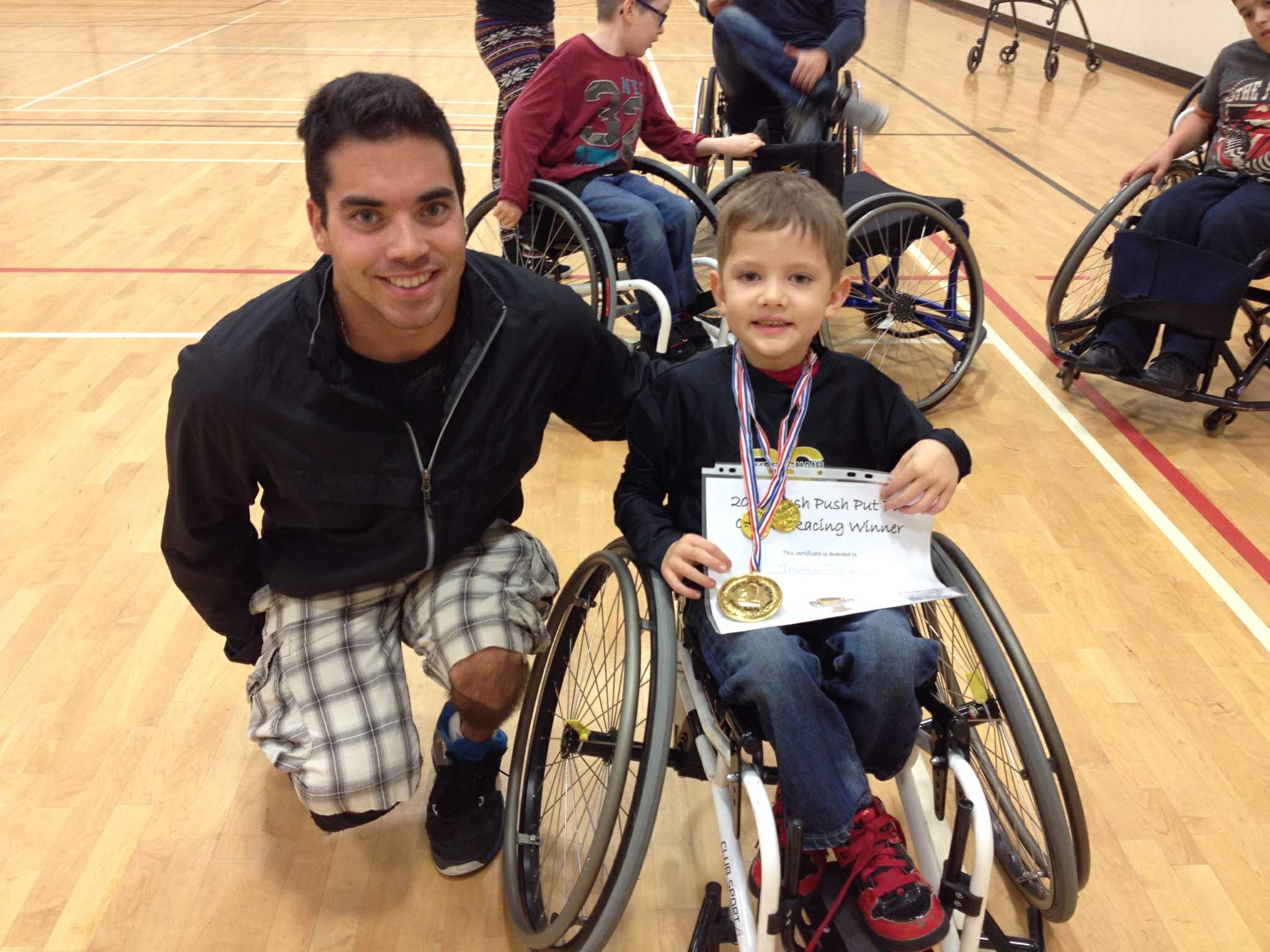 Nathan sees the same potential in Thaddeus that BCWSA once saw in him.

“Racing is fun for Thaddeus, and as long as it stays fun and he stays with it, I think we’ll see him on the world stage someday,” Nathan says.

The support of donors like you helped Nathan Dewitt to fulfill his Paralympic dreams. Now, we need your help to do the same for Thaddeus and the hundreds of children and adults with physical disabilities like him across the province. With your support, we can purchase much-needed sports wheelchairs, rent facilities, host clinics, visit rehabilitation hospitals and much more. Our athletes have the desire to succeed, but they need your support to make their dreams a reality. This Christmas, can we count on you to give the gift of sport and change a life?

Want to learn more about the many services BCWSA provides and how your donations can help?

We love to talk to potential donors. Contact our Executive Director Gail Hamamoto at 604.333.3520 ext. 201 or [email protected]